On running and changing lives…

A park with a painful past becomes a place of power

This is what Caroline Peters tells me when I ask her about how she lost weight and regained control over her health. Caroline, now 54 years old, is the founder of both the Nantes Athletic Club – based in Bridgetown, Cape Town – and the Bridgetown parkrun which takes place at the Nantes public park every Saturday.

Last year, when I decided to take control of my own health and fitness, one of my goals had been to complete a parkrun. Running not being the most comfortable thing for me to do, I literally pushed this goal until as late as I could, and did the last parkrun of 2017.

I chose to do the one in Bridgetown because it was an area I had worked in when I took on my first real job as a journalist at Athlone News, and one in which I had learned a lot – both about being a reporter and about what it took to really make a difference in one’s community.

It was after that parkrun, on December 30, 2017, that Caroline told me the Bridgetown event would celebrate its first anniversary at the end of January. And so, I returned to run again at Nantes – and to write about it. I’m proud to say I shaved nearly 2 minutes off the time of my first parkrun.

But this post is not about me. It is about how getting fit and healthy changed Caroline’s life, and how she used running to claim back a space with a very painful past. 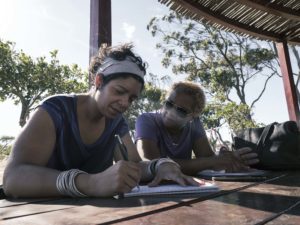 Caroline stands up from the bench we’re sitting on at the park, looks over at a distant corner of Nantes and tells me: “That’s where I was raped when I was 16 years old.”

She shows me scars – physical scars – that remain on her arm and on her leg. The emotional ones echo in the faintest glimmer in her eye and a pause in her speech. “They murdered my friend that day. If I didn’t fight them, they probably would have murdered me too.”

Suddenly it seems impossible to bring our interview back to health. To fitness. To weightloss. And running. But Caroline has told her story many times before and is able to weave the threads of her story together to bring us back to the point at hand.

“So, my daughter couldn’t understand why I decided to call our running club Nantes.”

Indeed, why would Caroline want to name her running club after a place which held trauma and which had become notorious for crime over the years? “For me it was about claiming back that space… about taking back the places in our community that become synonymous with crime. And that’s what Nantes was – synonymous with crime – until the upgrade in 2012.”

And not only did Caroline choose the name Nantes for the club, but when she applied to have a parkrun in the area, it was Nantes she chose as the venue. “Now, we run here, safely. This is our space,” she says.

Helping her to organise these free weekly 5km timed runs is a “small group of committed women and one man”, she tells me. And it was also with a small group of women that Caroline launched, first the Nantes running group and then Nantes Athletic Club in 2014.

The connections start to fall in place.

Caroline’s determination to empower women doesn’t stop at encouraging them to get involved in sport. She has previously also worked as a Rape Crisis counsellor and at a centre for abused and destitute women and children. 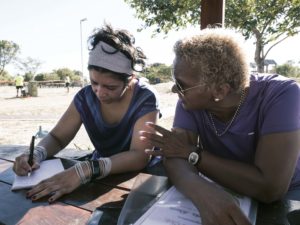 Where it all started

But then I ask her to take a step back. Where did this all start? The running, the focus on health and getting the community active.

“At 48 I was overweight and severely depressed,” she tells me.

Weighing in at 116kg at her heaviest, Caroline was diabetic, living with bipolar disorder and had her second grandchild on the way. “My mom died at 55 of diabetes and hypertension. Lifestyle diseases. I didn’t want to go down that same path. I wanted to be fit for my grandkids… I wanted to be 50 and fabulous!”

And so, on January 6, 2012, Caroline decided to make a change – at first “doing my own thing” and later, joining a running club.

Her “own thing”, she said, entailed running twice around Rondebosch Common – every night. “That’s two times 2.5km,” she points out. “And I was finished! But I did it every night.”

The following month she joined a running club and did her first 5km run – in 45 minutes. Nine months later she had her first marathon under her belt, having finished it in 5hr 29min. The following year she completed the Two Oceans Ultra Marathon and then the big one – The Comrades.

At the time she was training seven days a week: Running in the morning; swimming in the afternoon and on her “rest day”, Friday, she did yoga. Seeing her dedication – and the results as she shed the kilos – other women in the community asked Caroline to coach them and so, Nantes Athletic Club was born.

In the years that followed, Caroline became involved in the running fraternity, serving on a number of administrative boards. But now she’s ready to take a break, focus on her own goals and “fill my own cup”.

“This year I’m going to run for me,” she says. This has also meant taking a three-month sabbatical from all her admin responsibilities at the running club “because it shouldn’t be about me”.

“The club must be able to go on without me.”

Asked about the benefits – apart from fitness and weightloss – she has reaped from running, Caroline says: “At 22 I was diagnosed with bipolar and over the years since then had spent time in hospital every other year.

“I’ve managed to stay out of hospital for seven years now. Now, if I’m depressed, I run. And if I feel the mania, I walk.”

She also has her blood sugar under control and no longer takes any diabetes medication, she says.

As for her personal goals… this year she wants to lose 12 to 15kg, work on toning – and she wants to study. And her diet? She stays away from carbs and sugar and allows herself a “cheat meal” on a Saturday and dessert on a Sunday.

Caroline’s current training schedule includes gymming twice a week and road running three times a week. But she’s very much aware of that one has to take precaution when running. “I love running alone, but unfortunately it’s not safe. So I always make sure I have a running partner if I’m not running with the club,” she says.

“I also make sure someone always knows where I’m going to run.”

Coach Rome and I also took Box Anywhere to Nantes Park. Click here to see it. 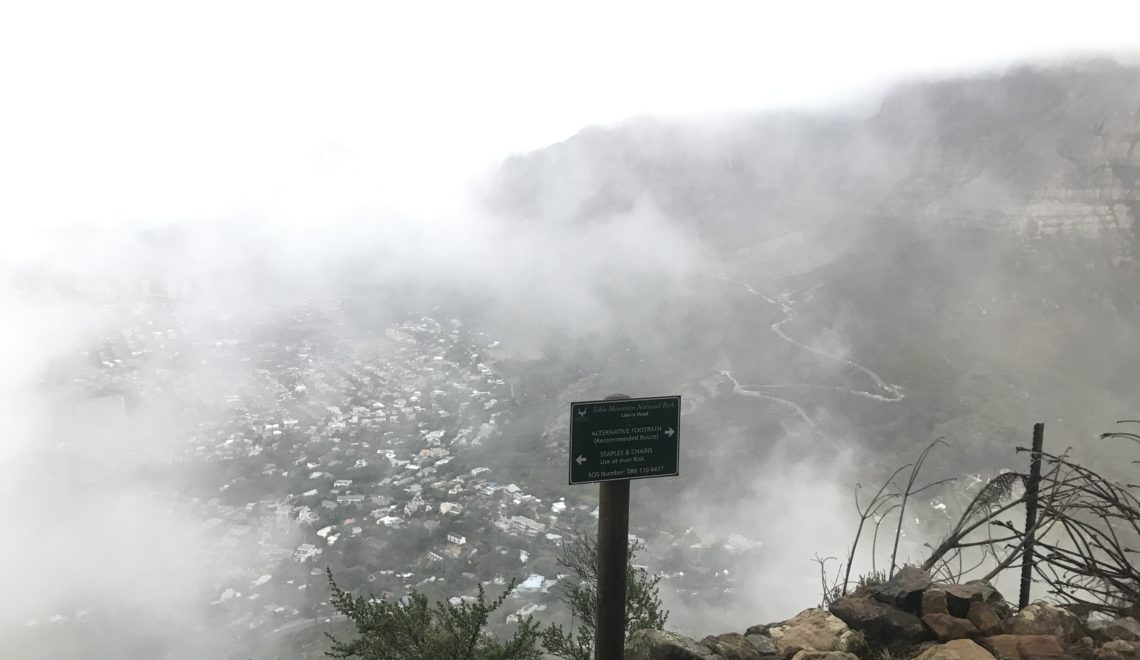 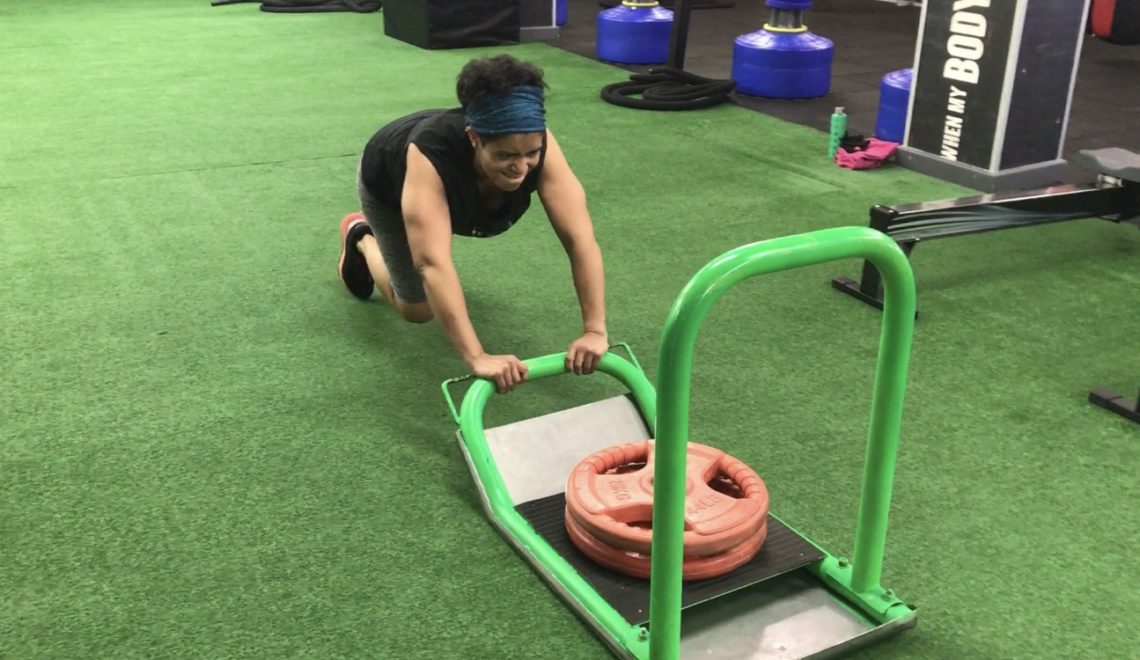 Fitness, Focus
Consistency is key to building ‘forever bodies’
Fitness
The importance of rest and recovery